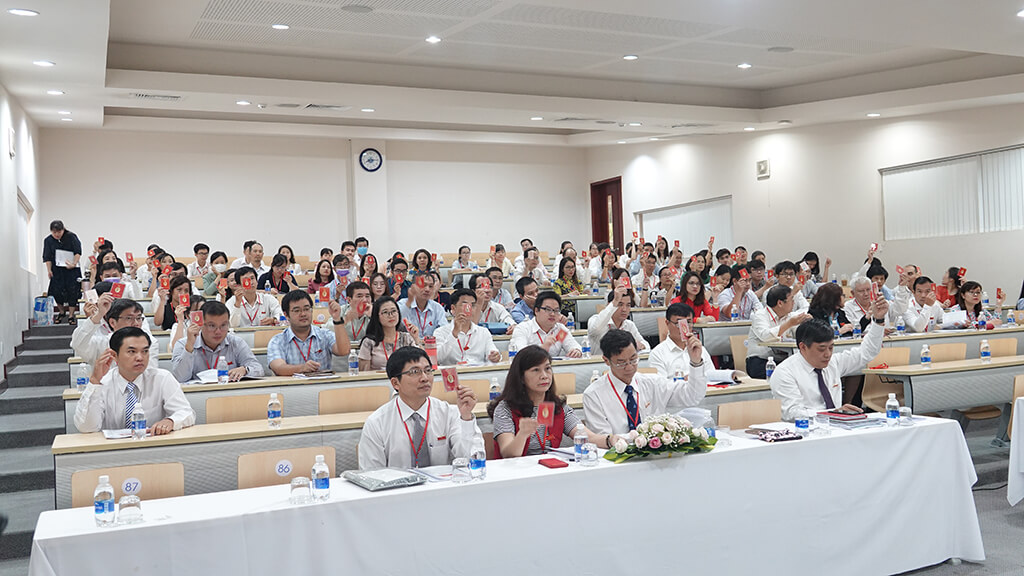 Delegates were voting in the Congress

The draft Political Report and the Review Report were presented at the Congress. Comments were made towards the draft documents of the Fourth Congress of the International University for the term 2020-2025 and the senior Party Congress term 2020 – 2025. Comrade Huynh Thanh Dat also reminded the Party Committee of International University to strengthen the solidarity and unity. Party committees and each party member must set good examples, implement and promote the principle of democratic centralism, ensure good performance of their political duties, as well as implement the guidelines of the University. There should be plans to propagate and encourage party members and lecturers to perform their duties well, and to develop the political prowess, capacity of each party member, leaders, and managers of the university. The Party Committee should pay more attention to build the Party, recruiting new Party members, especially among students. The Executive Committee of the International University Party Committee for the 2020-2025 term presented in front of the Congress.

The delegations to attend the 6th Party Congress of VNU-HCM Party Committee were voted. The delegations include 7 comrades and 1 core comrade. The voting results of major targets were announced and the draft resolution was approved at the congress.

INTERNATIONAL UNIVERSITY SIGNED A COOPERATION AGREEMENT WITH AN GIANG UNIVERSITY