During the meeting with the delegation of Ben Tre province, IU shared information about the research projects of the university. In particular, the Project “Research on selecting and breeding high-yield and high-quality coconuts for coconut’s sustainable development in Mekong Delta provinces” of School of Biotechnology has been given special attention. The project was co-ordinated by IU together with Ben Tre Center of Applied Science and Technology, Ben Tre Center of Agricultural Extension, Nong Lam University and the Institute of Oil and Oil Plants. Assoc. Prof. Dr. Nguyen Phuong Thao – Lecturer of School of Biotechnology, in charge of the project – said the project would take place in 5 years, from 2019 to the end of 2024 with a total cost of nearly 15 billion VND. The project is aimed at applying micropropagation technology on coconut seedings that have been selected to create the first cloned coconut tree in Vietnam, leading to mass production of superior quality coconut seedlings.

After visiting the laboratories, witnessing the products of the projects, Mr. Vo Thanh Hao – Ben Tre Provincial Party Committee Secretary – expressed his appreciation for the work of the scientists of VNU-HCM in general and IU in particular. During the meeting, he emphasized, “Seedling is important in developing Ben Tre coconut chain. I hope the project will result in qualified coconut embryos to revolutionize the coconut seeding of Ben Tre”. 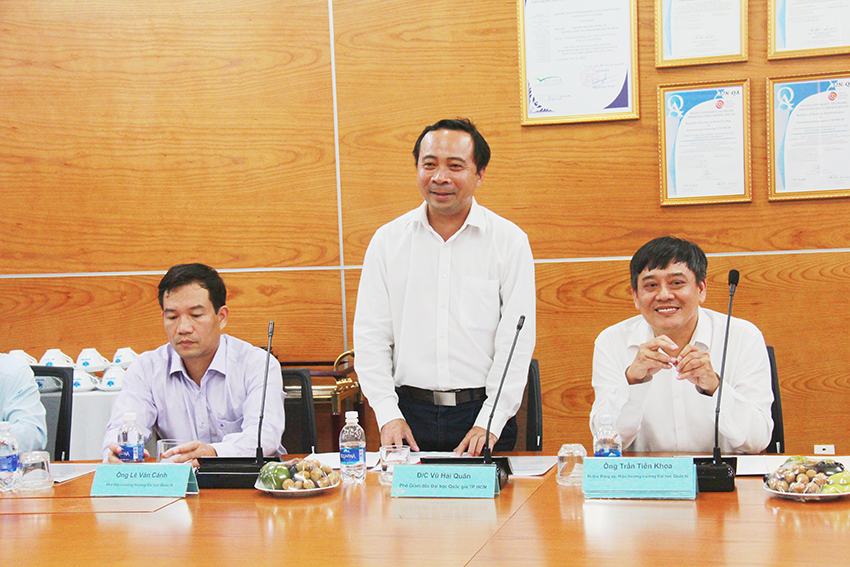 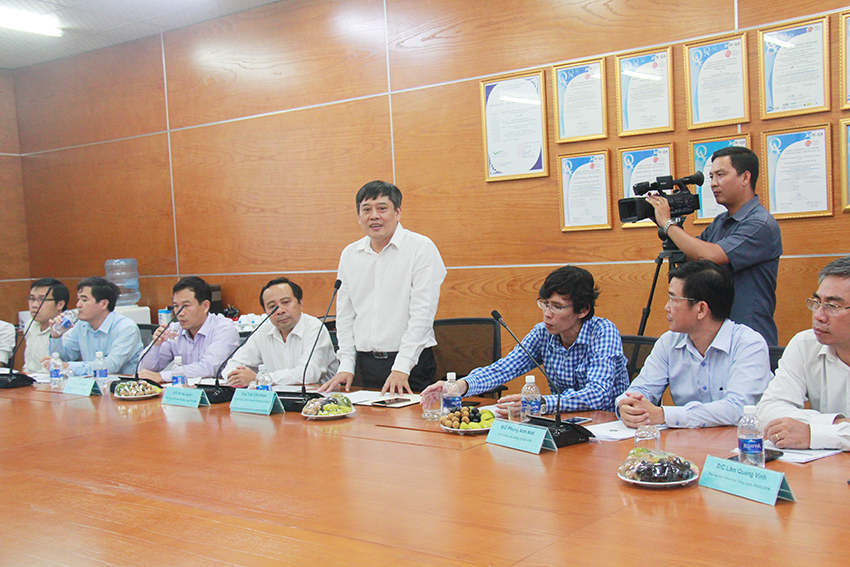 Dr. Tran Tien Khoa – Rector of IU – shared more information about the university and its research, expressed the willingness to support Ben Tre province in other areas

In the meeting, there was also discussion from participants on the research of coconut seeding adapting to climate change as well as proposals to organize intensive workshops on this topic, especially on expanding cooperation between Ben Tre and VNU-HCM as well as IU in other fields.

Some photos of the meeting between IU and the delegation of Ben Tre province: Mr. TruongVinhTrong – Former Deputy Prime Minister of the Socialist Republic of Vietnam – was interested in the research products on new coconut seedings at the laboratory of IU.